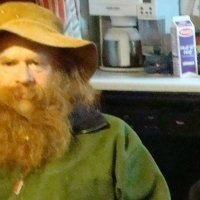 This is my resume. It is not a real formal sort of resume, but here it is anyway.

Robert Paul Heller.
Although the Paul is on my birth certificate, I don’t use it.
I also prefer NOT to be called "Bob".

Well, this is a bit iffy. I went through the usual public school scene while in Phily, but there were many version miss-match problems. Lots of random Permission denied, Invalid arguments, Bus Errors, and the ever popular Segmentation Fault. Not a very good experience. I finished through the 9th grade while living in Phily. In Stratford, VT, I attended (more or less) 10th grade at South Royalston High School, in (you guessed it) South Royalston, VT. This was even worse than things in Phily, and gave it up as a dead loss, and dropped out of school. I was learning more at home anyway.

When I moved to Maine, I took the SAT test and did very well (I don’t remember the scores). And when I moved to Wendell, MA, I took some Continuing Ed courses at UMass, all relating to computer science, and aced all of them. One of the courses was taught by Edward Riseman and was (in part) a course teaching the LISP language. This one I did so well in, that Ed hired me to do some LISP programming for him.

I am mostly self-taught. I have learned these programming languages:

And have used these operating systems:

Early in 1998 I started thinking about getting involved in organizing social activities for local teenagers. In cooperation with the Wendell Recreation Committee, I organized two teen dances, one successful and one a failure (noone showed up). I formally joined the Wendell Recreation Committee in August of 1998 and stayed on until 2009 and still looking for things for the local teens to do that are fun, safe, and creative.

In November 2001 became the webmaster of the Wendell Full Moon Coffeehouse and joined the committee.

I am also the IT guy at the Wendell Free Library. This is semi-voluntary.

When I moved to Maine, I got a SS card and got a job at a potato farm. This job lasted for a couple of weeks (it was a very seasonal sort of thing). Later, when I was living in Bancroft, I worked for about 12 weeks at a sawmill as a board stacking robot. Very boring. It was further complicated by the fact that the proper criteria for board stacking was such that no matter how I stacked them, it was wrong, at least according to the idiot driving the fork lift. Nobody else seemed to care much, however.

When I moved to Wendell, MA (and after I had blown most of the money I earned stacking boards), I bought a small hand-operated printing press (a whopping 3"x5") and did some small printing jobs. Not a way to get rich quick, but I did well enough to pay some of the bills. Then around 1978 or so, Ed Riseman hired me to do some LISP programming part time. This paid a lot better. I worked for Ed and the VISIONS group until being laid off in Nov. 2005 (the grant funding dried up).

In April of 1997 I hooked up with Lewis B. Sckolnick and did some CGI & web work for his web site at Rector Press, ltd..

In Feburary of 1999 Lewis & I formed CoyoteData Security and bought our own server box.

Since 2006 I have been the IT person and the person managing the server and work stations at the Wendell Free Library.

Projects I have been involved with at UMass:

Outside of UMass Projects:

(Contact Laurie Downey about getting any of the VISIONS UMass tech. reports listed below.)

Check out my profile on Amy Zuckerman’s Blog!